Longboat Key is a beautiful and affluent barrier island with 11 miles of gorgeous coastline and an abundance of housing options, from condos to million dollar homes. The key is approximately 1 mile wide with the Gulf of Mexico to the west and Sarasota Bay to the east. It is a favorite vacation spot with many making Longboat Key their part-time home. The northern half of Longboat Key falls in Manatee County, while the southern half of the key falls in Sarasota County, yet the key as a whole is nothing short of a lush, tropical retreat. You will not find any fast food restaurants, t-shirt shops, large malls, or noisy traffic in this quaint community of approximately 8,000 full time residents.

But despite its beauty and reputation, many people do not know the colorful history of Longboat Key. It's rich past has helped the Key earn its name as one of the top destinations spots in Florida.

Legend says that Longboat Key gets its name from the longboats left by the Spaniards once they landed on the shores in 1538. According to this legend, Juan Anasco, who was an advance scout for explorer Hernando de Soto, believed the Indians were hostile, causing him and his crew to flee and abandon their longboats on the shore. And while Juan Anasco is said to be the first man to set foot on Longboat Key, he wasn't the first tourist. Some also say that thousands of years ago the Timucan and Calusa Indians would travel from the mainland to come to the island to enjoy the beaches and abundant seafood delicacies.

By the early 1900s, an agricultural community with about 18 households formed the upper portion of the island. The Mistletoe steamship transported visitors between the island and the mainland and also shipped produce from Byron Corey's dock, known as Corey's Landing, now an exclusive enclave of 61 luxury homes and villas and where you can find streets named Mistletoe Lane and Byron Lane. Unfortunately, a hurricane in 1921 destroyed the island farming activity and most existing homes on the island. The island was able to rebuild over the next 30 years with families and businesses moving to Longboat Key.

One of the most influential men in the area played a significant role in the history of Longboat Key. In the 1920's, John Ringling bought hundreds of acres on the south end of the Key. In an effort to make is islands more attractive, Ringling decided to build a super deluxe hotel on the south end of Longboat Key. Ringling declared that it would be the "finest in the State of Florida" and would be called the Ritz-Carlton. It is said that Ringling agreed to pay $5000 per year for the use of the name.  The hotel would consist of more than 200 rooms, dock facilities, and a rail line that would bring passengers right to the hotel. In February of 1926, Ringling entered into a building contract with a scheduled completion date on or before December 15, 1926. He wanted the hotel built as fast as possible.

Work on the hotel began in March, but as the end of the year approached, the financial situation was taking a turn for the worst in Sarasota. The "land boom" of the past two years was coming to a close. When the booming economy finally stalled and the great depression setting in, the construction came to a halt as Ringling found himself short on cash. Some estimates state that as much as $650,000 was spent on the hotel. The large, unfinished structure sat for years in the hot Florida sun, whirling into a state of despair. Trees would eventually cover the skeletal building. Bats and owls inhabited the property along with occasional trespassers. Sadly, one curious intruder, said to be a student, fell to his death from the top floor elevator shaft. In 2016, the construction of the Ritz Carlton Hotel made its way into the scene of the American crime film, Live by Night, a movie that took place during prohibition in the roaring '20s.

By 1963, the old Ritz-Carlton was called a "fortress." Big Chief Salvage Company, the company hired to demolish the hotel, confirmed this when it started to tear it down. The brick walls were between 16 and 20 inches thick. The concrete, brick, tile and mortar had hardened for 40 years and the wrecking ball at the end of a 60-foot crane hardly made a dent in the walls.

In 1964, the grand, abandoned structure was finally torn down and the Resort at Longboat Key Club was built in its place, offering a country club lifestyle with 18 holes of golf. By the early 1980s the resort grew into a planned development with single family homes and waterfront condos, with Longboat Key Towers becoming the first condominium erected. The first-class resort is still a world-wide attraction today. It offers a variety of memberships including a social membership, tennis membership, golf membership, or a full membership. Initiation fees range from $25,000 - $50,000. Yearly membership fees range from $3325-$9600.

Stepping back in time a bit, Longboat Key also had a rich history during WWII. Due to its sparse population and ideal training weather, the north end of the Key was used as a bombing range to train fighter and bomber pilots in the Army Air Force. During this time, entry to the island was closed off, forcing residents who wanted to head into Sarasota to leave before 8 am and return after 5 pm.

What started as construction of a civilian airport under the Works Progress Administration (WPA), the current Sarasota-Bradenton International Airport (SRQ) was transformed as one of three landing strips in the area to launch U.S. Army P-40's and P-51's fighter planes.  From different bases throughout the town, they would practice bombing runs over the Key, with powder-filled bombs that created more of a visual spectacle than an explosion. Spectators could gage the accuracy of the pilots with the flurry of smoke that the bombs made on impact.

Residents can find World War II artifacts to this day. Fifty caliber shell casings have been found on beaches and a P-40 canopy washed up on the shore in 1985. Contractors that sift through the sand during dredging and renourishment projects regularly find shell casing and rounds and even live rounds have been reported. But the Department of Defense has labeled the area a low-risk for hazardous rounds of ammo, and has scheduled a munitions cleansing project for 2047.

On September 10, 2011, President George W. Bush stayed at the Colony Beach Resort in Longboat Key, the night before the fatal September 11th terror attacks.  Despite its record for hosting high-profile guests, he was the first president to stay at the Colony. On that fateful day, President Bush visited Emma Booker Elementary School, where students were supposed to hear Bush discuss his education plan, which emphasized reading skills. President Bush was listening to the kids read in one of the school's classrooms when White House chief of staff Andrew Card told him that New York had been attacked.  Upon hearing the news, Bush lingered in the classroom before huddling on the phone with his advisers. Moments later, he briefly addressed the nation from the school library. Bush and his team then returned to the Colony Resort, which became a temporary White House after all Government buildings were shut down.

Today Longboat Key is home to about 8,000 people and can draw up to 20,000 visitors during its peak tourist season. Here's what type of lifestyle residents of Longboat Key can expect. 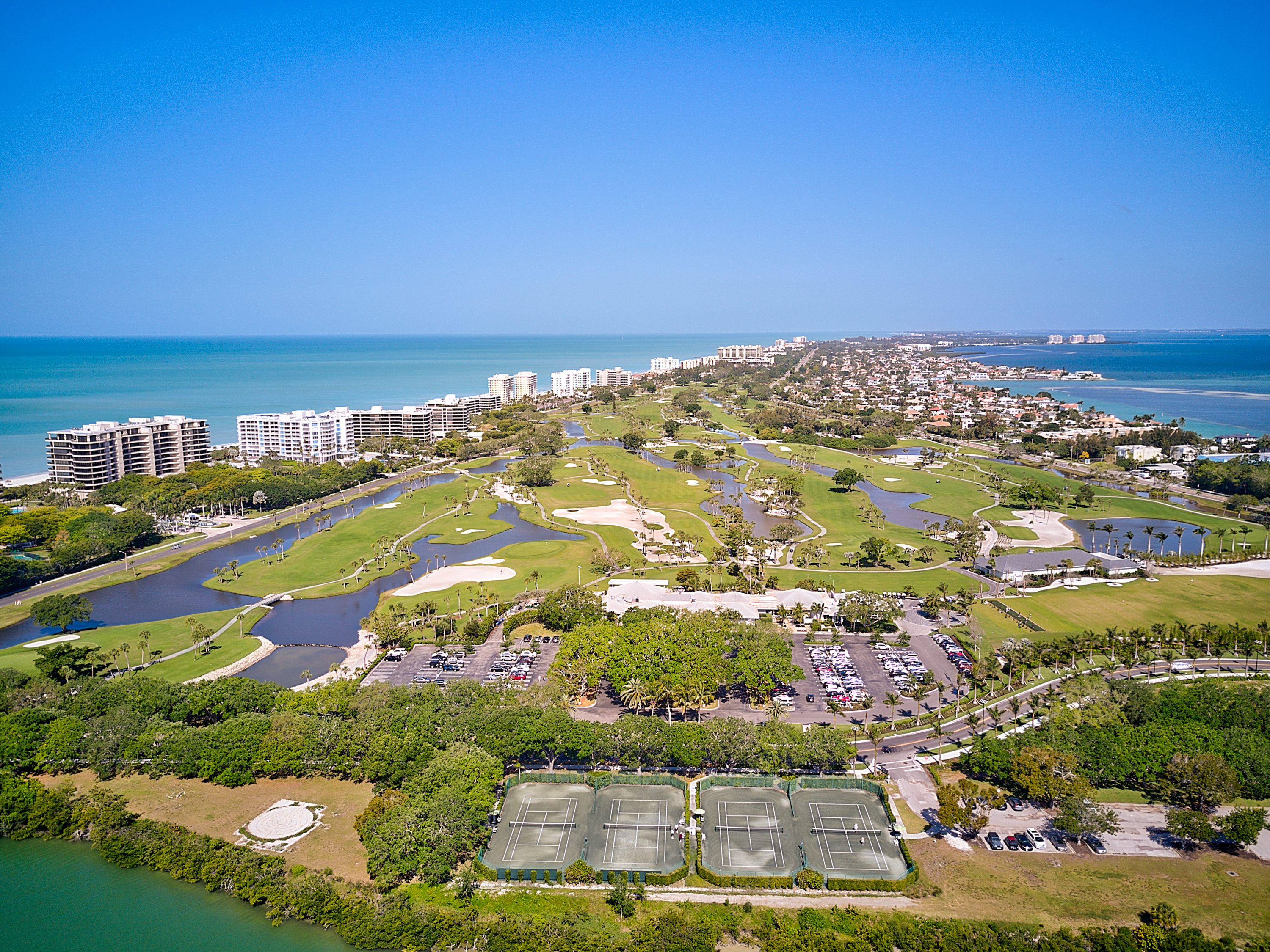 Temperatures in November, December, January and February range in the low to upper 60's while the months of April and May start increasing to the 70's. June through September are the hottest months with temperatures averaging in the high 80's and bringing humidity, making it feel over 90 degrees. On average, the temperatures in October range in the mid 70's.

Much of the precipitation happens during the hot summer months with the highest amount of rain occurring in July at an average of 7.7". Rumbling storms tend to roll in and out of the area daily during these months.

There are no schools in the town of Longboat Key. Nearby public and private schools include:

With multiple access points throughout the town, Longboat Key residents can capture some Florida sun, hunt for seashells, or take a stroll along the soft sands of Longboat Key Beach.

Enjoy fishing, sightseeing and snorkeling on the Longboat Bay Charter, with a private, customized trip of your interest. Learn about the history of the town, watch dolphins and manatees up close, then watch a beautiful Florida sunset. You request it and Captain Casey will make it happen.

Joan M. Durante Park is a great place to walk with nature. There is a boardwalk that takes you through the mangroves, no matter the tide level. At various stopping points, you can walk out and capture a view of Sarasota Bay. The park is pet friendly, has a playground and public bathrooms.

Heading South and just over the bridge in Longboat Key, on Ken Thompson Parkway, is Mote Marine Aquarium. Both children and adults alike will enjoy this scientific museum of both fish and mammals.

For a charming spot to shop or eat, visit St. Armand's Circle located just south of Longboat Key. The picturesque area is a bit pricey, yet it's a fun way to spend the day window shopping and exploring. The circle is filled with quaint shops of clothing, art, jewelry, and restaurants. After a day at the circle, stroll over to Lido Key Beach to watch a beautiful Florida sunset.

Take flight on an aerial tour of Longboat Key with Florida Suncoast Helicopters.  During this 30 minute scenic ride you will view the area's spectacular architecture, marine wildlife, and our stunning coastlines from a birds-eye view.

Homes for Sale on Longboat Key

View some of the most remarkable Longboat Key, Florida real estate.

Most Expensive Home on Longboat Key

Most Popular Home on Longboat Key 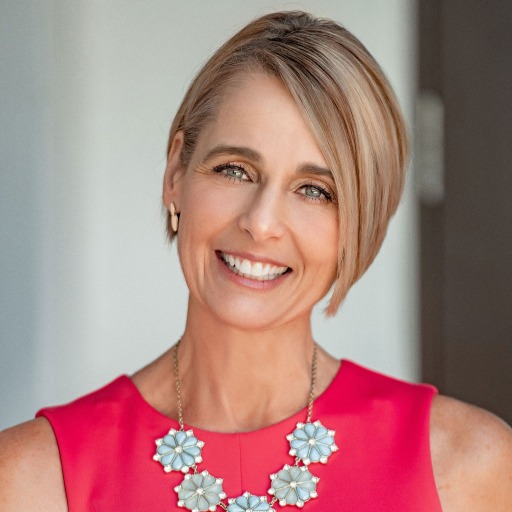 For the past 27 years, I have immersed myself in the communities of Longboat Key and Sarasota, gaining an unparalleled appreciation and admiration for the beauty and elegance of our coastal paradise. ....

A DIY Guide to Coastal Design

I am excited to share with you my home interior design photo gallery of another finished project -- our 537 Yawl spec home, located in the Country Club Shores community of Longboat Key, Florida. My

Longboat Key is a beautiful and affluent barrier island with 11 miles of gorgeous coastline and an abundance of housing options, from condos to million dollar homes. The key is approximately 1 mile

How to Beautify Your Home with a Valuable Renovation

Many of you know how much I love decorating and remodeling. Not only do I love doing my own remodeling but I love watching my husband Mark at work as well. About 60% of his business is comprised of

A Fixer Upper: The Big Reveal

As one of our first family flips with Ursini & Company, this was a thrilling project for me. From the construction and project management work to the design selections and marketing, each of my

By registering, you agree to our terms of use and that real estate professionals and lenders may call/text you about your inquiry, which may involve use of automated means and prerecorded/artificial voices. You don't need to consent as a condition of buying any property, goods or services. Messages/data rates may apply.